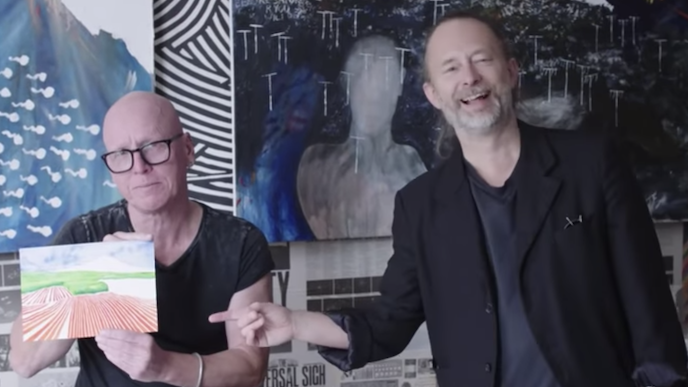 Radiohead have shared a new documentary short of Thom Yorke discussing the band’s album art with Stanley Donwood, who’s worked closely with the band on their covers and other visual elements throughout their career. The video arrives as a preview to a Christie’s auction that includes six of Donwood’s Kid A-era paintings. Watch it below.

The band’s next major project is a joint reissue of Kid A and Amnesiac reissue that includes a third disc of previously unreleased material recorded during sessions for those records. It’s out November 5, and Radiohead developed an online “upside-down digital/analog universe” with the release that also integrates Donwood’s work. They shared the archival track “If You Say the Word” in early September, followed by a video directed by Kasper Häggström. Donwood and Yorke won a Best Recording Package Grammy for a special edition of Amnesiac in 2002.