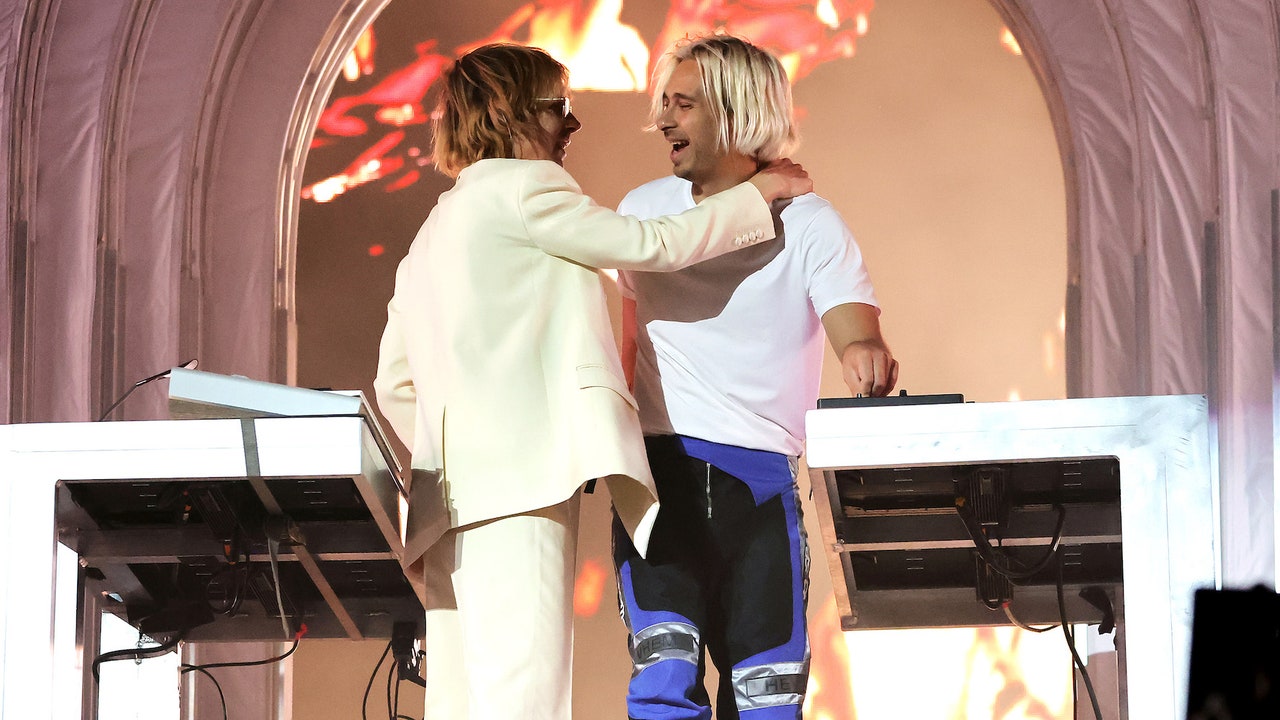 Flume performed last night at Coachella, and his set was packed with surprise guests. He was joined by Beck for “Tiny Cities,” Vince Staples for “Smoke & Retribution,” Caroline Polachek for “Sirens,” Tove Lo for “Say It,” and Kai for “Never Be Like You.” Watch clips from the set below, and follow along with Pitchfork’s full coverage of Coachella 2022.

This weekend’s set arrived before the release of Flume’s new album Palaces. The album, which follows the Grammy-nominated mixtape Hi This Is Flume, arrives on May 20.

Read about Flume in Pitchfork’s feature “25 Microgenres That (Briefly) Defined the Last 25 Years.”

This content can also be viewed on the site it originates from.

This content can also be viewed on the site it originates from.