NextLISTEN: Infekt Does Not Hold Back The Riddim In Brand New Single, ‘Monkey Dance’
Articles 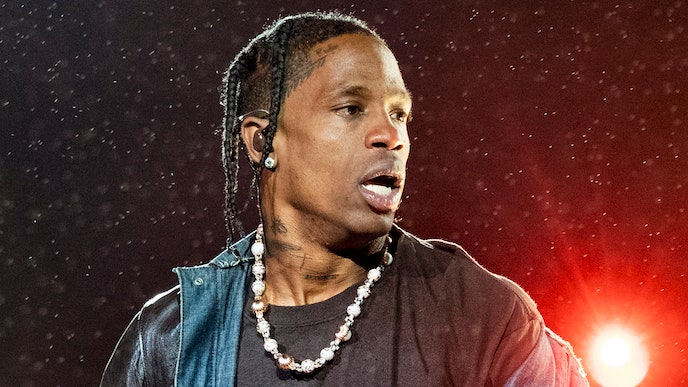 Travis Scott’s Cacti hard seltzer has been discontinued by manufacturer Anheuser-Busch, as Billboard reports. It had been on the market for less than a year, arriving in stores in March.

The decision comes after Scott’s interview with Charlamagne tha God earlier this week.  The was mutual, and the deal was already set to expire on November 30, according to a spokesperson for Scott. “Travis was clear in his interview that he is not focused on business right now and his priority is helping his community and fans heal. Cacti asked AB Inbev to inform their wholesalers there will not be product at this time,” the representative told Pitchfork.

Scott’s interview with Charlamagne was his first since the November 5 Astroworld crowd crush that killed 10 people and left scores more seriously injured and traumatized. Scott told Charlamagne that he was unaware of the danger that was unfolding as he was performing.

Since the festival, the rapper has said that attendees will be refunded for their tickets. He has also offered to cover funeral costs for the victims, which one family has rejected. Several hundred people are currently involved in litigation against Scott, with Drake and Live Nation among the parties named in other suits. He had announced a forthcoming project with A24 over the summer, but has not shared whether that project will continue. Scott’s Air Max 1 x Cactus Jack collaboration with Nike has been postponed indefinitely.

Read “Who Will Be Held Responsible for the Astroworld Disaster?” on the Pitch.