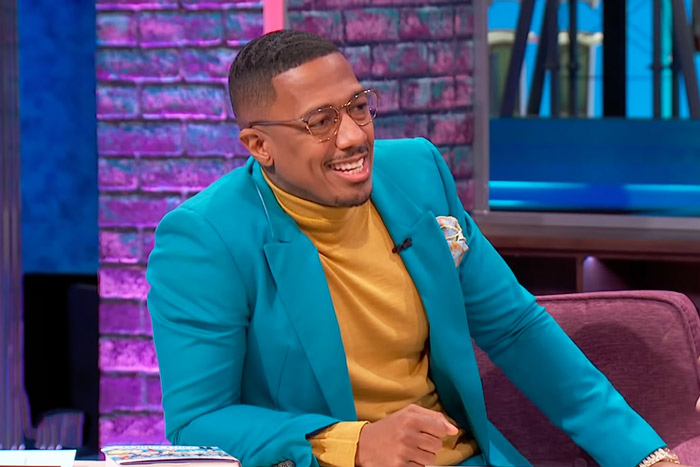 Nick Cannon has seven kids with four different women, but he doesn’t play favorites when it comes to his baby mamas.

While interviewing Bravo’s Andy Cohen on his daytime talk show, Cannon played a game of “Plead the Fifth,” where he asked him three questions and he was only allowed to plead the fifth to one.

At one point, Cohen asked Cannon to name his “favorite baby mama.” The audience chanted “Plead the fifth!” but Cannon decided to answer the question anyway.

“I ain’t scared of you, Andy,” he said before responding, “My favorite baby mama is…the next one.”

He explained, “Because some of my past ones could still be my next one.”

The “Wild’ N Out” host has seven children with four different women. He most recently welcomed his son Zen with model Alyssa Scott. He and Abby De La Rosa also share twins, Zion and Zillion, who were born in June. Back in December, Nick and model Brittany Bell welcomed their daughter, Powerful Queen. They also share a 4-year-old son, Golden.

Earlier this month, Cannon made headlines after attempting to shoot his shot with Saweetie.

“I made a comment with some emojis on Saweetie’s comment where she said I wanted babies and the whole world came after me,” he said. “I’m not good on the internet in terms of talking to people.”

For now, Cannon is taking a break from adding to his family and revealed that he is celibate. “I’m going to see if I can make it to 2022,” he said during a recent appearance on “Drink Champs.”