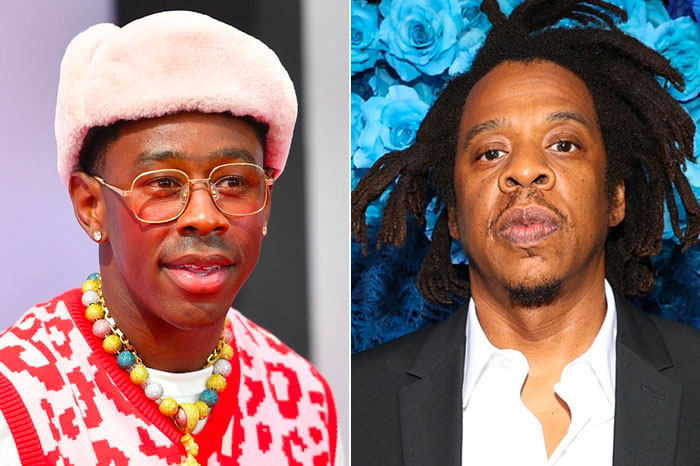 Tyler, the Creator is revealing his top 5 JAY-Z songs.

In honor of the hip-hop icon’s birthday on Saturday (Dec. 4), the Call Me If You Get Lost rapper was asked to share his favorite songs.

Off the top, he named three tracks produced by The Neptunes—”F**k All Nite,” “Excuse Me Miss,” and “Allure.”

Tyler, who collaborated with JAY-Z on Frank Ocean’s 2017’s single “Biking,” also celebrated Hov’s verse on “Do It Again (Put Ya Hands Up)” off Vol. 3… Life and Times of S. Carter, which he called “crazy, insane.”

Jigga’s 2006 “Grammy Family” freestyle for Funkmaster Flex even scored a spot in Tyler’s top 5, while “Show You How” off The Blueprint 2 earned an honorable mention. “That last verse on ‘Show You How’ put a lot into perspective for me as a kid,” he said.

Tyler is fresh off two Grammy nominations and will launch his Call Me If You Get Lost tour, in support of his critically-acclaimed album, in February with special guests Kali Uchis, Vince Staples, and Teezo Touchdown.