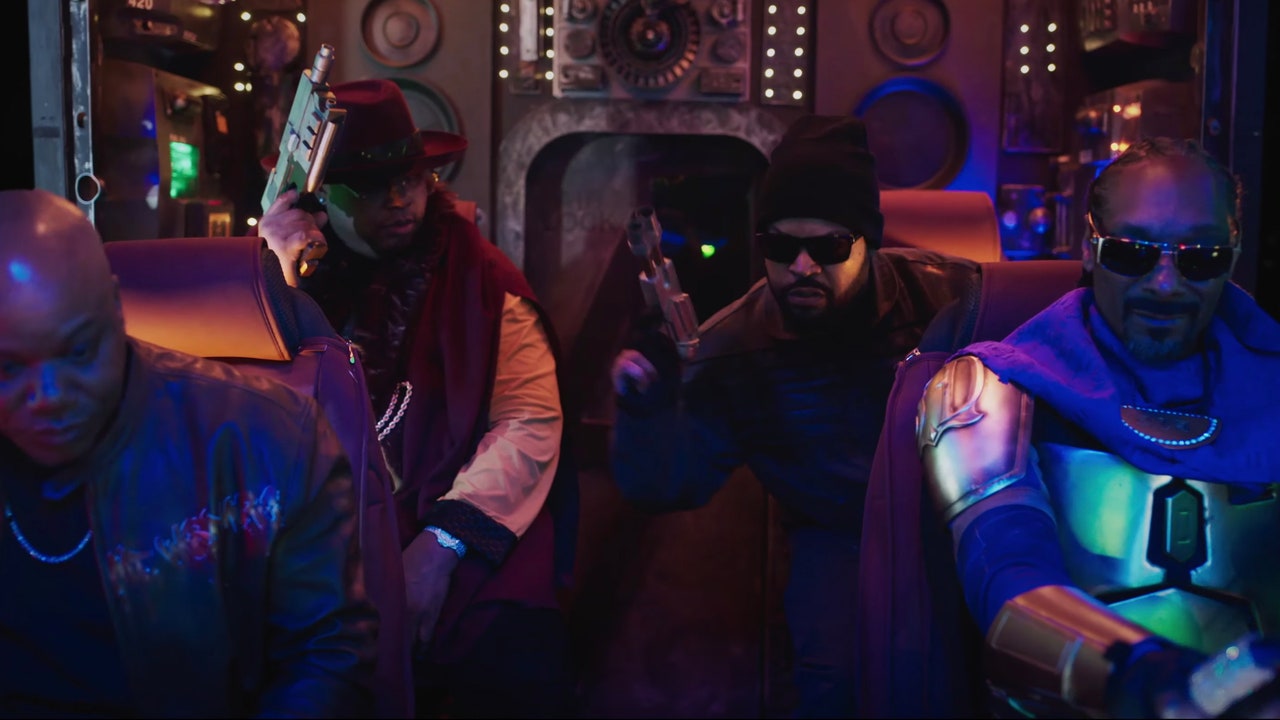 Mount Westmore is a new supergroup of West Coast rappers—Snoop Dogg, Ice Cube, E-40, and Too $hort. Today they’ve shared a new single called “Big Subwoofer” and its video. The sci-fi visual was directed by Jesse Wellens and Sam Macaroni. It shows the four rappers co-piloting a spaceship, partying with stripper aliens on planet Snoopiter, and hanging out with an astronaut shiba inu. Watch it below.

The new song appears on The Algorithm, a forthcoming Def Jam project launched by Snoop that’s set to feature artists from the label’s “past, present & future.” “There’s so much talent on this record,” Snoop said in a statement, “so many styles of music, it breaks the algorithm. Right now, the algorithm is telling us you have to rap this way, you have to sound this way, but they’re not telling you how it’s supposed to feel. My algorithm is going to give you a feeling, not a sound.”