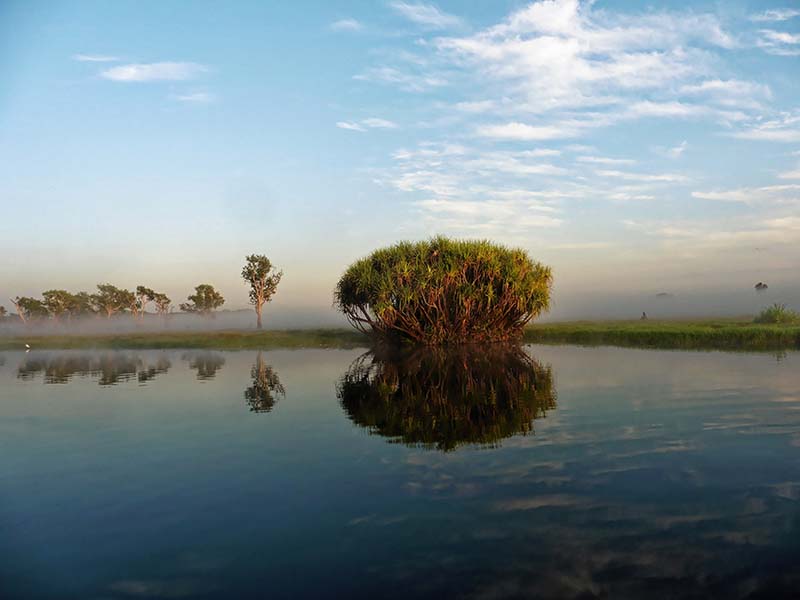 Looks like the start of a beautiful day in Kakadu, so it’s easy to see why photographer Maitreyi Kulkarni was drawn to this scene.

The perfectly still water, the intriguing clump of Pandanus with its symmetrical reflection and the layer of ground fog would catch many an eye.

This picture certainly gives one a sense of the place, but to my mind there’s just too much featureless space – particularly in the left half of the image.

The Pandanus is the heart of this picture, and I think it might have been interesting to build on its inherent symmetry by cropping the composition into a portrait aspect ratio. By centring the trees between sky and water, and putting the tree on the left (and its reflection) just outside the crop, I think a more arresting result might be achieved.

See next competition and past winners