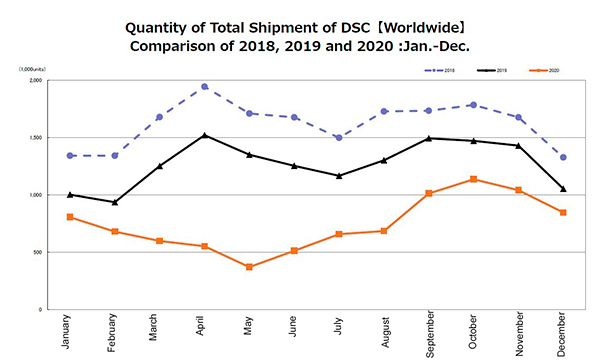 A report released this month outlines the effects on the camera market of COVID-19 and the cancellation of many events. The postponement of the Tokyo Olympics, in particular, cast a shadow on the Japanese market, although camera shipments declined sharply in comparison with the previous year, particularly from February to July, which is normally a relatively high-volume period. The two graphs below provide a comparison of camera shipment numbers between 2019 and 2020. 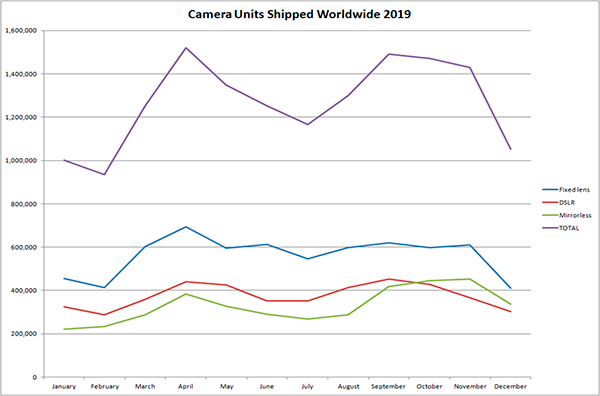 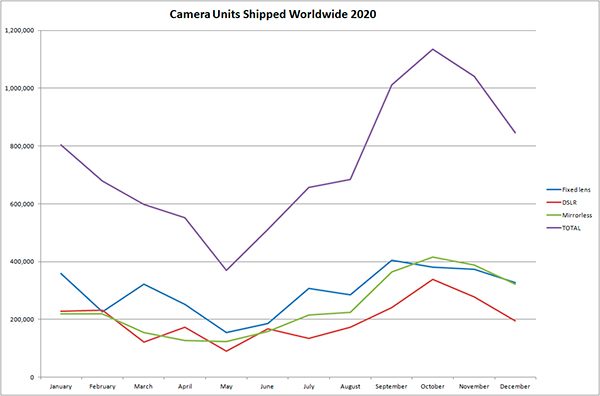 These graphs confirm the CIPA report, which noted shipments of fixed-lens cameras ‘declined very sharply’, as did ‘interchangeable lens digital cameras (single-lens reflex and mirrorless), which now account for about 60% of total shipments’. However, although the year-end figure is low, the recovery has been progressing at a rapid pace since last fall, and monthly shipments of interchangeable lens digital cameras have continued to exceed 80% in volume and 100% in value since October last year. The two graphs below provide a comparison of the value in 1000-Yen increments of camera shipments between 2019 and 2020. 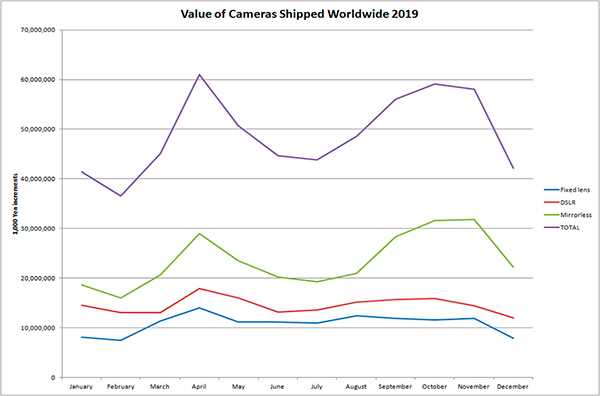 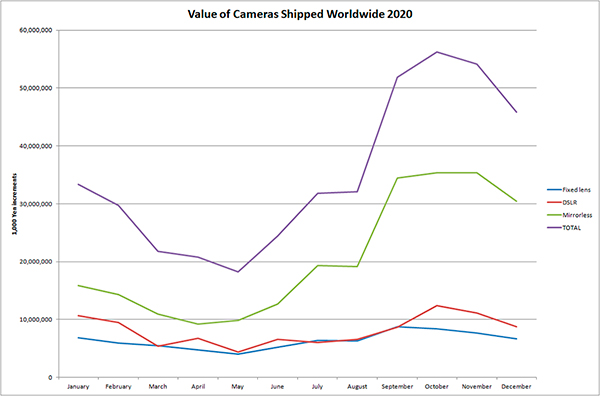 The table above summarises the data and forecasts in the latest CIPA report.

CIPA has also released a ‘Statistical results & outlook’ document, which was scheduled to be distributed at the CIPA seminar at CP 2020, which was cancelled. Although missing 2020 data, it contains a couple of interesting graphs that show pricing trends in the camera and lens markets. We’ve copied some of them to enable readers to see long-term market trends. 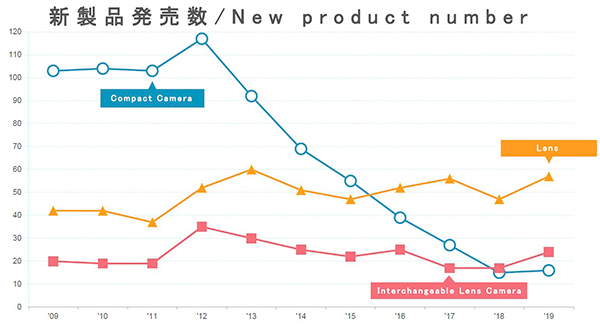 This graph shows the shift away from fixed-lens compact cameras that has occurred since the introduction of smartphones with capable cameras. Note the up-tick in ILC and lens shipments since 2018.

This graph shows the market for lenses for interchangeable-lens cameras has more than doubled since 1990, reaching a peak in 2012, after the Global Financial Crisis had subdued but before COVID-19 arrived. The decline since 2012 reflects the overall market decline that has occurred in recent years. 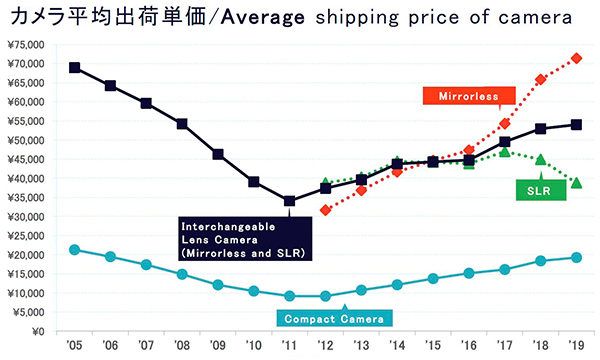 This graph shows the average shipping price movements in the main camera market sectors between 2005 and 2019. Note particularly the shift to higher-priced mirrorless cameras and lower-priced DSLR cameras, which is likely to reflect discounting in the latter market as consumer preferences move towards mirrorless cameras. 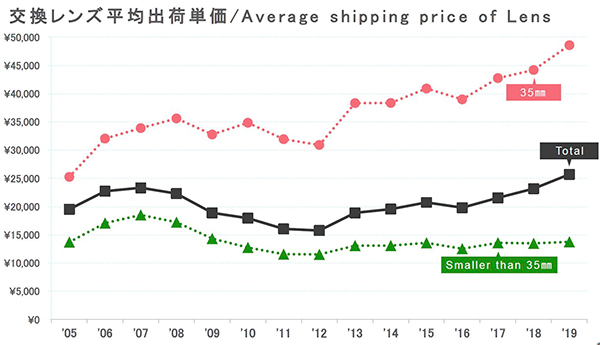 This graph shows the rise in the average prices of lenses and the strong shift towards ‘full frame’ lenses.