Rock Hall 2021: Watch Foo Fighters and Paul McCartney Play the Beatles’ “Get Back” 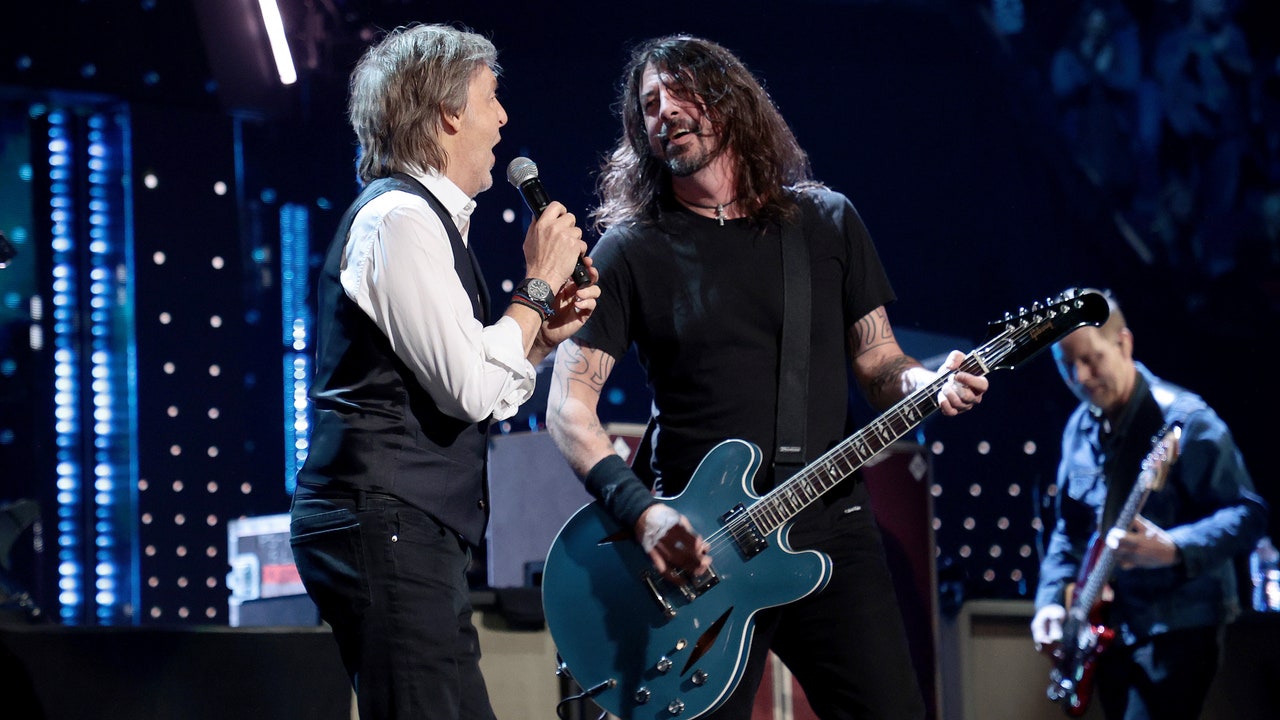 Foo Fighters were the final musicians to take the stage at the Rock & Roll Hall of Fame induction ceremony. The band was introduced by Paul McCartney and then performed “Best of You,” “My Hero,” and “Everlong.” After their own acceptance speech, Foo Fighters played the Beatles’ “Get Back” with McCartney. Watch footage from the performances and speeches below.

After releasing the new album Medicine at Midnight in February, Foo Fighters took on the Dee Gees moniker for Hail Satin, a collection of Bee Gees covers and live studio takes on Medicine to Midnight tracks.

Follow all of Pitchfork’s coverage of the 2021 Rock & Roll Hall of Fame induction ceremony.