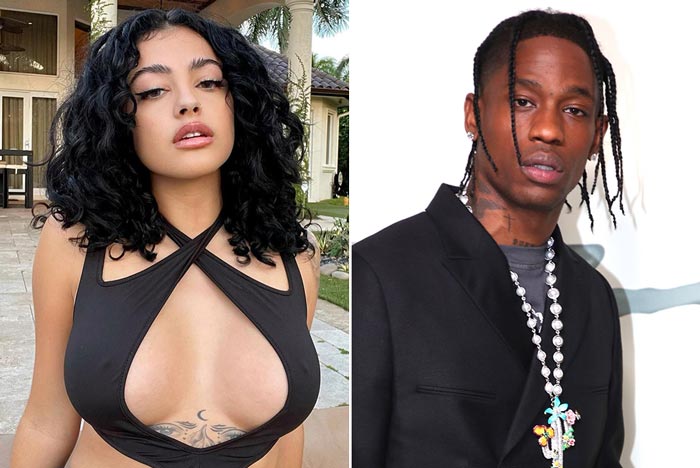 Malu Trevejo is no longer signed to Cactus Jack.

Less than three weeks after announcing her deal, the 19-year-old Latin sensation has parted ways with Travis Scott’s record label.

She made the revelation in a series of Instagram Stories this week. “I wouldn’t be lying about getting signed to anybody,” she said in response to those who questioned whether she was actually signed to Cactus Jack. “Things just changed and that’s OK because that means something bigger is waiting for me.”

She didn’t detail why they went their separate ways, but she and Travis remain on good terms. “I had a 2 hr conversation with him crying and hugging him he knows and he knows I ain’t lied about anything.”

However, she remains grateful for the experience. “At the end of the day what he told me a lot of times make me more confident with myself and I appreciate the time I spent with him made me realize a lot,” said Malu, who tagged Travis in her post. “It was good until it last. Still mad love for u.”

Added Malu, “Love Travis and his team but moving forward to better things.”

In response to those who thought she was lying about the deal, she showed a photo of her contract. “The contract. No lies here.”

Last month, Malu announced her signing while celebrating her 19th birthday at a party in West Hollywood, where she was joined by friends including Snoop Dogg, O.T. Genasis, and Young M.A.

“Birthday girl I’m so happy dreams come true got signed to @cactusjack and @atlanticrecords,” she wrote alongside a photo of her and Travis. “I’m so happyyyyy Libra gang #myteamisthebest.”

Malu dropped her new single and video for “Complicado” featuring Luar La L on Oct. 22. It was released to streaming services under Cactus Jack and Atlantic Records.