Just three weeks after giving birth, Cardi B made a surprise appearance at the “Thierry Mugler, Couturissime” exhibit during Paris Fashion Week on Tuesday (Sept. 28). The mother of two made a grand entrance in a red-sequined couture dress with matching cape and feathers from the designer’s 1995 collection.

“MUGLER MAMI,” she captioned the series of stunning photos.

For her second look, the blonde bombshell changed into another show-stopping black Mugler creation from his 1997 couture collection.

Cardi, who rapped about Mugler on Normani’s “Wild Side,” was swarmed by paparazzi and fans as she made her way into the Mugler party alongside the French designer and supermodel Irina Shayk. Her 2019 Grammy gown, inspired by Botticelli’s “The Birth of Venus,” was also on display.

This is the first public appearance from Cardi since she and Offset welcomed their second child, a baby boy, on Sept. 4. “We are so overjoyed to finally meet our son,” the couple said at the time. “He is already loved so much by family and friends and we can’t wait to introduce him to his other siblings.” 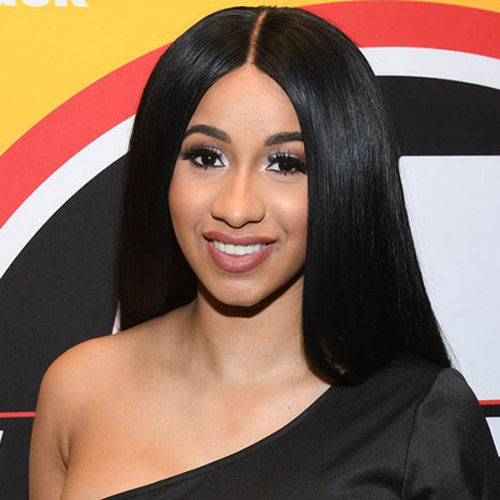