Serif has unveiled Affinity Photo 1.10, a major update to its popular image editor, which delivers extensive performance improvements that make it easier to work with layers and large files. 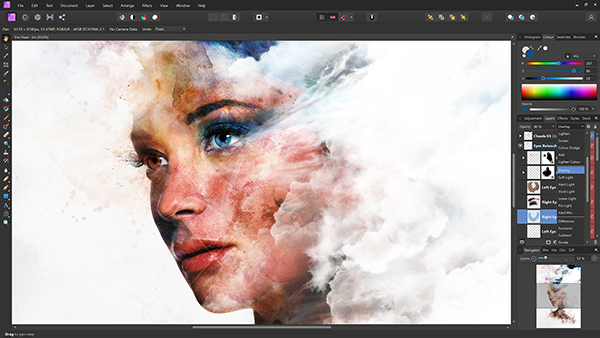 The update is part of a general update that covers Affinity Photo, Designer and Publisher. General improvements have been made to memory management, operating speed and functionality. Affinity Photo has also received extensive performance tweaks, adding greater efficiency when blending layers together, while retaining a non-destructive workflow. The new software is up to four times faster than the previous version.

Existing users can download the 1.10 update for free. New users can purchase Affinity Photo for US$49.99 for the macOS and Windows platforms or US$19.99 for iPadOS. Click here for full details.