Shrinkage of the camera market has led Nikon to suspend operations next month at two Japanese factories that produce interchangeable lenses for digital cameras. 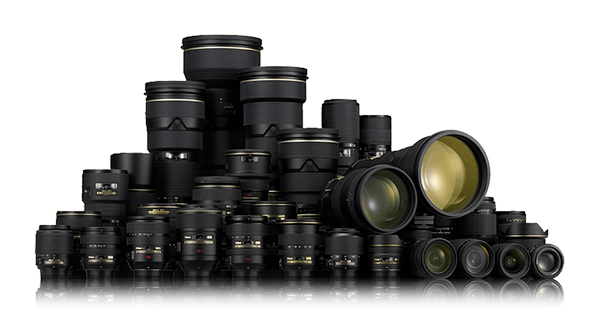 Domestic production of interchangeable lenses will be concentrated at the factory in Otawara City inTochigi Prefecture. The goal, according to the company, is reported to be improvement of production efficiency by consolidating the workforce into one factory. Manufacturing operations will cease at the end of March at the Nikon factory in Nagai City, Yamagata Prefecture, which has 108 employees and the Aizu Plant in Tadami Town, Fukushima Prefecture, which employs a staff of 54. Staff from those factories will be moved to the remaining factory in Otawara City. A Nikon spokesperson is quoted in a report from news agency, Nikkei as saying, The site of the Nagai factory will be sold, and the site of the Aizu factory will be returned to the local government.

This follows a report in December confirming all camera production will move to the factory in Ayutthaya, Thailand, which opened in 1990.  Lens production will follow in August, when the two factories owned by the subsidiary TNI Kogyo (Otawara City, Tochigi Prefecture) will be closed.

The goal, according to the company, is to improve production efficiency by consolidating the workforce into one factory. This would also reduce overheads and help the company to meet its 59% cost reduction planned over the two years. The Imaging Products Business is one of Nikon’s main businesses, accounting for 38.2% of total revenue. While Nikon predicts negative results for a couple of years, initiatives like this could help it to restore profitability. To date it has reduced business costs by approximately ¥25.0 billion through the restructuring of mirrorless camera sales and the attachment ratio of interchangeable lenses. Nikon’s latest financial report states the Imaging Products Business was heavily impacted by the global COVID-19 pandemic, resulting in  declines in demand, delays in procuring components, and the postponements of new product launches. Muneaki Tokunari, Director, Executive Vice President sums up the situation with the following statement: Under these circumstances, we aim to quickly achieve profitability in the Imaging Products Business by accelerating its restructuring and by taking further measures, including increasing the amount of cost reduction and advancing our action plan.