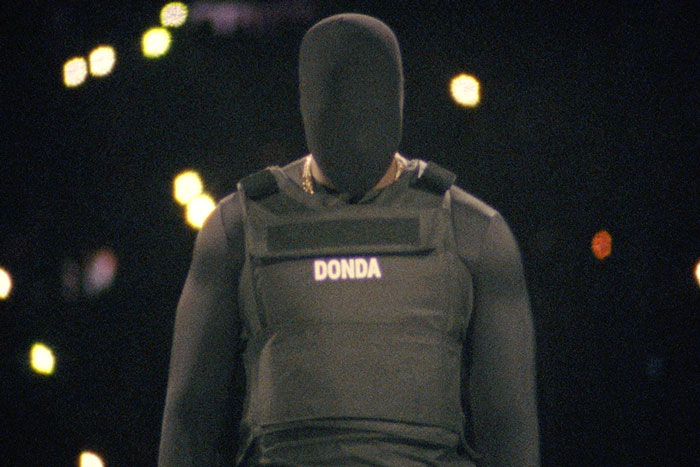 Less than three months after dropping DONDA, Kanye West re-ups with the deluxe edition of his 10th studio album.

In addition to the 27 original tracks, there are five new songs including “Up From the Ashes,” “Remote Control pt 2,” “Never Abandon Your Family,” “Keep My Spirit Alive pt 2,” and “Life of the Party” featuring André 3000, which Drake previously leaked amid their ongoing feud.

Kid Cudi is now featured on the Young Thug-assisted “Remote Control pt 2,” the song for which Soulja Boy also recorded a verse. The tracklist has also been re-sequenced for the deluxe.

To promote the project, Ye clones wearing prosthetic masks took over the streets of NYC this weekend and billboards popped up in L.A. and NYC.

After a series of delays, DONDA was finally released on Aug. 29 and debuted at No. 1 on the Billboard 200, featuring appearances from JAY-Z, Travis Scott, Playboi Carti, Lil Baby, Lil Durk, Roddy Ricch, and more.