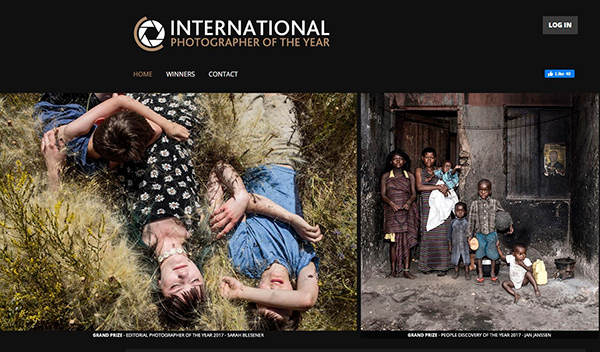 Inside Imaging found two prominent online photo competition directories, Photo Contest Guru and Photo Contest Deadlines, are hosted on the same servers as a stable of international photo competitions which are shrouded with secrecy. Both directories also aggressively market these photo contests. The US-based Photo District News (PDN) linked the suspect contests – which include the 2017 International Photographer of the Year competition (IPOTY), the Monochrome Awards, Fine Art Photography Awards, ND Awards, and MonoVisions Awards – to a Polish-born, London-based photographer, Martin Stavars, who also used the alias Sebastian Stavars, through Google Analytics accounts and cached web pages. They also highlighted listed judges for the competitions who had no involvement with them but whose names were used to ‘add credibility’.

The issue appears to be the use of these ‘contests’ as primarily money-making ventures, which is why we are drawing them to readers’ attention. As Inside Imaging notes: The 2017 ND Awards received 6849 entries, with early bird submissions ranging from $15 to $25, and final submissions from $20 to $30. Assuming all entries were early bird submissions at the lowest cost, US$15, that’s $102K in entry fees. Click here to read the entire story.