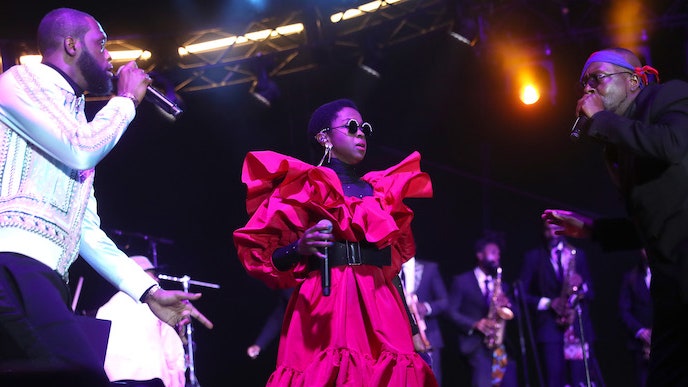 Fugees are postponing their upcoming reunion tour, which was supposed to begin in Chicago on November 2. The group shared the news on Instagram on Friday (October 29), writing that the decision was “to ensure the best chance that all cities on the tour are fully open so we can perform for as many fans as possible.” They have not yet announced their make-up dates, which are slated for “early 2022.” See more below.

Lauryn Hill, Wyclef Jean, and Pras Michel announced the shows in September as a commemoration of the 25th anniversary of their celebrated second album The Score. They performed a pop-up show in New York the day after the announcement, their first concert together in 15 years.

Read Pitchfork’s feature “The Fugees Reunion Show Felt Like a Miracle” on the Pitch.