Like may festivals, Coachella is returning to 2022 after a very long two year hiatutus. Well after two years they returned with a lineup very fitting for Coachella. The 3-day festival that takes place over two weekends (Same lineup both weekends) is being headlined by a huge 3-headed monster of chart topping beasts. Harry Styles, Billie Eilish, and Ye (FKA as Kanye West) will be handling headlining duties. But that’s not all, Swedish House Mafia will be making their return to Coachella as well.

The undercard is littered with talent. Names like Flume,  Louis The Child, Lane 8, Run The Jewels, and Jamie XX are just some of the names crowding an insane return to Coachella lineup. Check out the full lineup below. 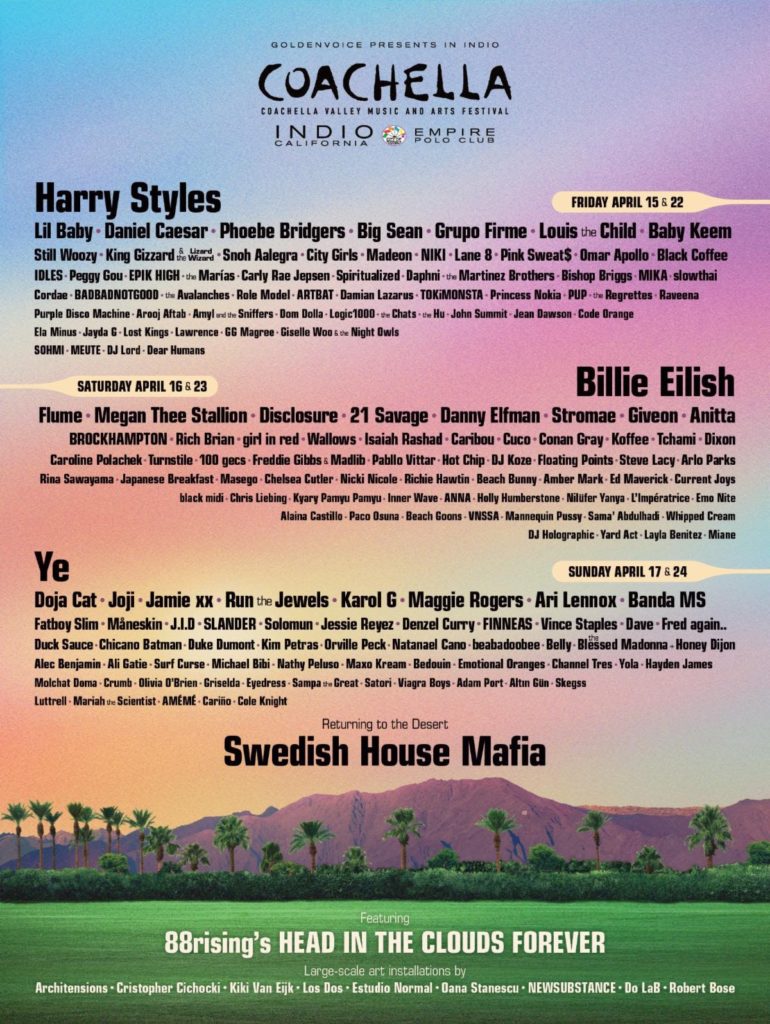