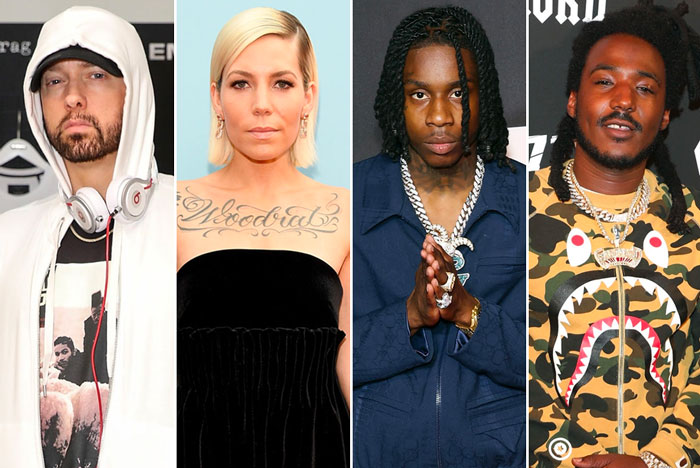 After much speculation and anticipation, Eminem unites with Skylar Grey, Polo G, and Mozzy on “Last One Standing” off the soundtrack to Venom: Let There Be Carnage, the sequel to Marvel’s superhero film.

On the cinematic track, Em stings with a vicious verse on which he reflects on his career. “Ever since I put out the EP to the hype of 2003 me / You ain’t seen the struggle to make it out the DP / ‘Cause I made it somehow look easy,” he raps before Skylar sings the hook.

Back in 2018, Em released “Venom” off the original Venom soundtrack, which also appeared on his album Kamikaze. This marks the first music from Slim Shady since his “Killer (Remix)” with Jack Harlow and Cordae in May.

Earlier tonight, Eminem made a surprise appearance at the grand opening of his new restaurant Mom’s Spaghetti in downtown Detroit. The concept restaurant, which was launched in 2017 as a pop-up, features menu items inspired by his legendary “Lose Yourself” lyrics.