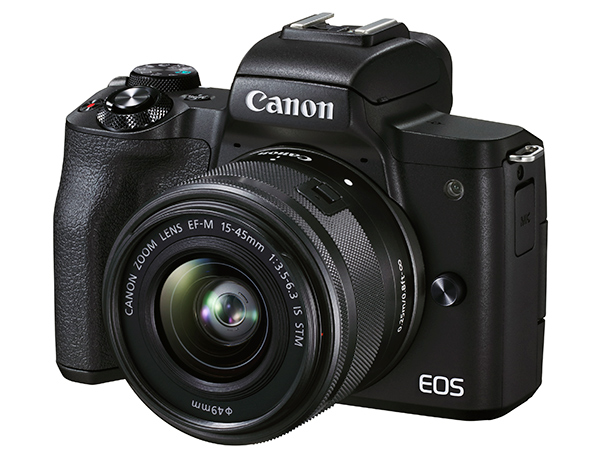 Like its predecessor, the EOS M50 Mark II is small enough to take anywhere. It also provides all the inputs and outputs a content creator could need.Wi-Fi and Bluetooth connectivity make it easy to share content to social media channels. It can be used for capturing high-quality photos for Instagram reels, recording a native vertical video to share on TikTok, or live streaming to YouTube. In addition, clean HDMI output allows direct live streaming to YouTube. 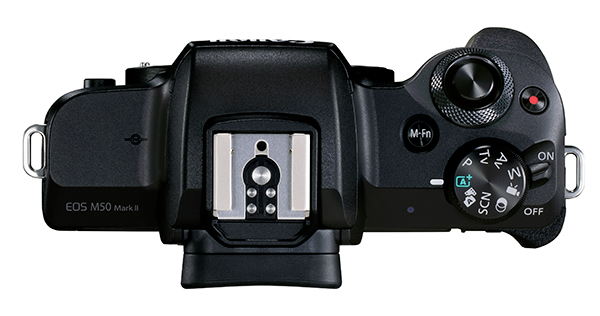 The body of the new camera is essentially identical to the original EOS M50 camera, which we reviewed in May 2018. Also unchanged are the 24.1-megapixel CMOS sensor, DIGIC 8 image processor, built-in flash, electronic viewfinder (EVF), vari-angle touchscreen monitor and many internal functions. The new camera uses the same Dual Pixel CMOS AF system (although contrast AF is used for 4K movie recordings). But it’s based upon 3975 selectable AF points, an increase on the 143-point system in the previous model. Movie Servo AF has also been added, along with ALL-I compression for time-lapse movies, movie rotation, video snapshot and miniature effect movies modes. The mark II model also gains a built-in microphone plus a 3.5 mm diameter stereo mini plug for external microphones.

The built-in flash is unchanged since the previous model but an electronic first curtain flash mode has been added. Also unchanged are the shutter speed and ISO ranges. Continuous shooting rates are the same as the EOS M50’s but the buffer capacity increases to approximately 36 for JPEGs while retaining the same 10-frame limit for CR3.RAW images. Dual Sensing IS has been added for still photo capture and a C-RAW setting is added to the stills recording options. Movie modes are largely unchanged but recording time has been extended to approximately two hours 10 minutes for Full DH 25 fps recording. The new camera is powered by the same LP-E12 rechargeable battery, which is CIPA rated for approximately 250 shots/charge (305 shots/charge in power saving mode).

Like the original EOS M50, the mark II model weighs only 387 grams with battery and memory card and has the same physical dimensions and single SD card slot.

Like its predecessor, the EOS M50 Mark II accepts Canon’s EF-M lens range and can use EF lenses with a mount adaptor. It will be available as a single lens kit with the same EF-M 15-45mm f/3.5-6.3 IS STM lens. It can be purchased from local dealers from March 2021 at an RRP of AU$1190 ($9 less than the release price of the previous model) and is covered by Canon Australia’s 5-year warranty when purchased from an authorised Canon Australia reseller. Click here for more information.